The Hemp Flower Market and the Farm Bill

Soon after, hemp-derived products containing cannabidiol (CBD) flooded the market. Alongside the seemingly unlimited array of oils, tinctures, cosmetics, and edibles came smokable CBD hemp flower. Today, smokable hemp flower has become the hottest trend in the world of cannabis and CBD, and shows no signs of stopping. But how did we end up here? 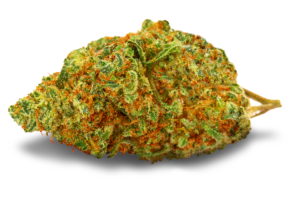 Smokable hemp flower is nothing new for Europeans. Switzerland, Luxembourg, Belgium, and Austria have taxed hemp flower in the same manner as tobacco for years. Surprisingly, in the States, the flowers of industrial hemp plants have long been considered useless. Hemp flowers typically have exceptionally low levels of THC, the cannabinoid which causes the psychoactive activity of traditional cannabis plants – and arguably, the what has up until now been the main selling point of cannabis. However, hemp flowers contain high amounts of another, non-psychoactive, cannabinoid: CBD.

One of the first high-CBD medical strains was appropriately named “Hippie’s Disappointment” before becoming a legend as “Charlotte’s Web.” After the strain’s astonishing success in treating a young girl with Dravet’s syndrome, breeders increasingly experimented with growing high CBD cannabis varieties.

The news was out about the potential of CBD as a nutritional supplement, and manufacturers and consumers alike searched for innovative ways to consume it.

Why is Smokable Hemp Flower Becoming So Popular? 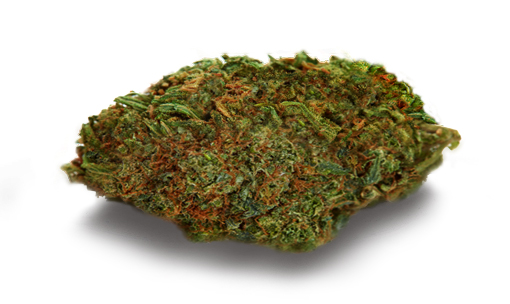 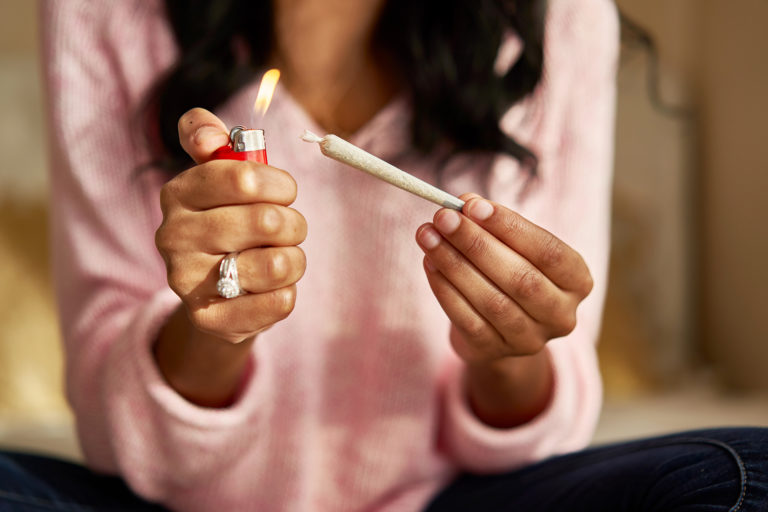 The Brightfield Group surveyed 5000 CBD users to find out their reasons for choosing CBD products. The research found that 24% of participants used CBD products to quit smoking. Of that 24%, 41% managed to completely replace tobacco cigarettes with smokable hemp or vaped CBD products.

Growers have made enjoying smokable hemp -easier more amenable to cigratte smokers by offering CBD pre-rolls. Some manufacturers have taken the process a step further by developing specialized hemp cigarettes to mock the feeling of smoking tobacco.

Traditional cannabis smokers have found several reasons to include smokable hemp flowers in their daily routine. For starters, the THC levels in modern cannabis strains can be astronomical, causing unwanted effects for some smokers. Herb connoisseurs now have the option of mixing hemp flower with THC-containing cannabis to moderate their high.

Hemp flower also appeals to ex-cannabis smokers who miss smoking cannabis but can no longer tolerate the effects of THC. They can enjoy the smell and taste of their favorite hybrids and get the benefits of CBD while avoiding any psychoactive effects.

The lack of availability of legal cannabis in some areas has contributed to smokable hemp flower’s surge in popularity. Hemp flower has become especially popular on the U.S. East Coast, where THC-containing cannabis remains illegal.

Millennials have emerged as a huge consumer group for smokable hemp. Born between 1981 and 1996, millennials were the first generation who weren’t constantly bombarded by sexy cigarette ads as children. Instead, millennials saw cigarette packages with health warnings and a consistent decline in tobacco use among the general population.

After a surge of hospitalizations resulted from black market vape oils, millennials looked for a suitable replacement for their vape pens. While some consumers became more discriminating about choosing high-quality, lab-tested vape products, others turned to hemp flower.

Another reason for hemp flower’s popularity among millennials is CBD’s remarkable potential as a nutritional supplement. CBD, among other compounds in hemp flowers, activates receptors in the body’s endocannabinoid system, which plays a role in regulating a number of vital biological functions, including:

The immense popularity of hemp flowers is no surprise, considering that millennials are widely regarded as the most health-conscious generation.

Apart from being an enjoyable pastime, smoking hemp flower is one of the fastest ways to feel the effects of CBD. Smokable hemp flower allows consumers to take advantage of the entourage effect while dispelling concerns about questionable extractions.

Hemp flower is exceptionally versatile. In addition to smoking, consumers can bake with hemp flower, make homemade tinctures, or inhale it with a dry herb vaporizer.

Despite its popularity, the legal landscape for smokable hemp flower has not been entirely rosy. Several U.S. states have banned – or attemted to ban – smokable hemp, including: 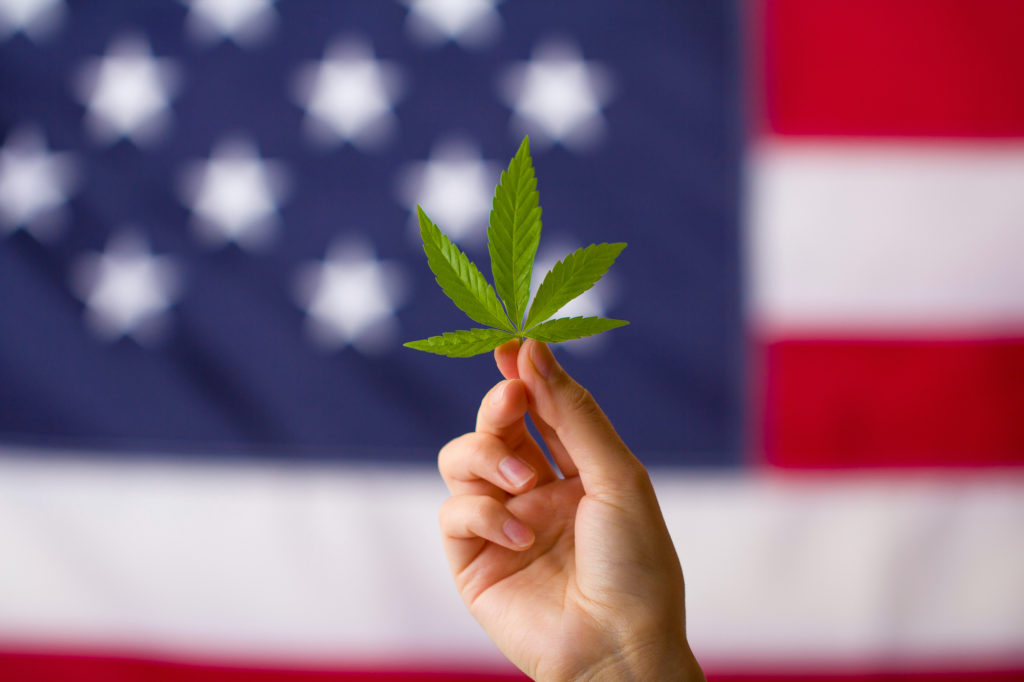 Texas has recently joined the list of no-flower states with a smokable hemp ban that went into effect on August 2, 2020. However, Texans will still be permitted to buy CBD hemp flower products online.

Indiana initially banned smokable hemp flower as well. Justin Swanson, President of the Midwest Hemp Council, remarked on the absurdity of the hemp flower ban. According to Swanson, “The bill Indiana ended up passing was like essentially telling a cattle farmer, ‘Hey, you can sell beef, but you can’t sell steak.’” Fortunately, a federal judge deemed the ban unconstitutional and overturned the law.

No-flower states offer arguments such as confusion between THC-containing cannabis and hemp flower and underage use as reasons for banning smokable hemp. However, one might conjecture that powerful tobacco and alcohol lobbies may be behind the bans.

Consumers can avoid some of the legal pitfalls of smoking hemp flower by purchasing online from a licensed manufacturer and refraining from smoking in public spaces. 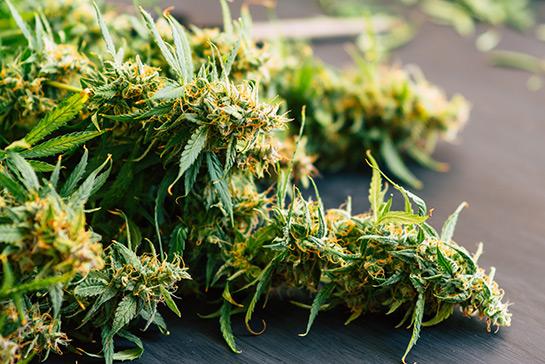 The Future of Hemp Flower

Despite the legal challenges, the smokable hemp flower industry is showing no signs of stopping. The Brightfield Group estimates that the U.S. CBD market will reach $22 billion by 2022, and smokable hemp flower will play a significant role. As breeding technology advances, farmers are coming up with new and exciting varieties of hemp flower for smoking, vaping, and making extracts and edibles.

Medical research is continually discovering more about the therapeutic properties of lesser cannabinoids like cannabigerol (CBG), cannabinol (CBN), and cannabimovone (CBM). In response, breeders strive to create novel hemp strains such as Jack Frost CBG and White CBG. So far, cannabinol is mostly available as CBN extracts, but consumers can expect high-CBN and CBM hemp flowers to hit the market in upcoming years.