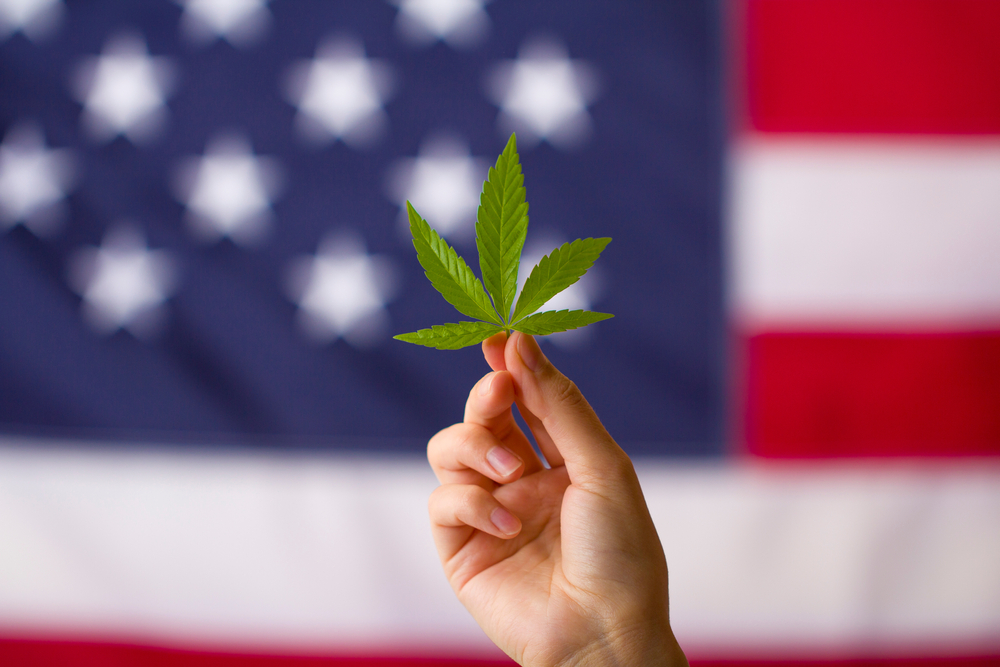 Cannabis has come a long way in the past couple years, especially when it comes to the plant’s legality. Marijuana is now legal, in one way or another, in all but six US states! If you’re anything like us, though, you might be wondering when prohibition will finally end and marijuana will finally (finally!) be legal nationwide. Hey, it’s an important thing to wonder about. Check out the infographic below to learn more about the future of marijuana legalization.

Cannabis/marijuana legalization: where we stand now

As of right now (February 2021), marijuana is legal in almost all US states. 14 states have fully legalized cannabis for both recreational and medicinal purposes, and even states where recreational weed is illegal have largely decriminalized its possession.

Just as exciting as these stats is the momentum that’s carried them to this point. 5 of the 44 states that now have some form of legalized cannabis made the jump last year. If 5 states legalize cannabis this year, just think — all but one state will have declared the plant legal!  One more thing: 6 states have recreational cannabis laws on their ballots for 2022.

At this point nearly all states have some type of medical cannabis program. Early adopter states like California and Maine are now perfecting their rec programs (some states, as their residents will surely know, are dialing in these programs faster than others). All in all, the legal status of cannabis in 2021 is headed in the right direction. 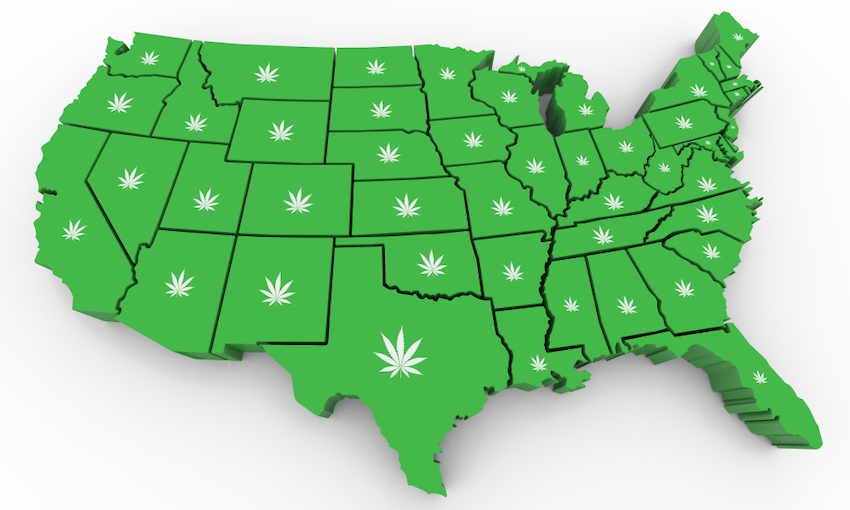 A brief history of legal weed

Cannabis of all types was banned in the 1920s and 1930s in part because it threatened the profits of other industries, particularly the paper and pharmaceutical industries. Despite many protests (including those of the American Medical Association), cannabis would not only remain illegal, but vilified in virtually every way until the 1970s.

The first glimmer of hope came in 1973, when Oregon decriminalized cannabis. Other states followed suit, with Alaskan lawmakers even ruling that people had the right to use cannabis within their own homes without being harassed by law enforcement.

Various marijuana-friendly laws trickled in after that, but it wasn’t until 2012 that things really changed for the better. On November 6th of that year, both Colorado and Washington legalized recreational cannabis. In 2014 Alaska and Oregon joined the party. 2014 also lit the spark that started today’s CBD boom — that year’s hemp bill was what got low-THC cannabis legalized.  Since then, the momentum of both THC and CBD has only kept going up.

The reason medical marijuana has gotten so legal

It’s not uncommon for a country’s rules to reflect the viewpoints of its citizens, especially in democratic countries like the US. What begins with a shift of popular opinion often ends with a shift in the law as the senate, congress, and other lawmakers do their best to get on the public’s side. Democrats and Republican senators have both advocated changing federal law at different points throughout history. Hemp and cannabis laws have also tended to go hand-in-hand. In 2018, then-president Trump signed the Federal Farm Bill, which made hemp cultivation legal throughout the US.

When it comes to medical marijuana, this cause-and-effect dynamic has been especially easy to see. In the late 60s Americans viewed cannabis as something countercultural, a plant reserved for outcasts and hippies — that’s the reputation mainstream media tried to give it at least. Back then only 12% of Americans backed its legalization (courtesy of Gallup.) The federal government? It reacted accordingly, and cannabis became a controlled substance. Harsh drug policies made it more illegal than ever.

By 1977, the public’s support for legalized weed had doubled to 28%. Several states and cities responded by decriminalizing cannabis possession. Things got steadily better throughout the millennia. A huge shift in public opinion occurred in 2012, when approval ratings jumped to 58%. Not quite coincidentally, Colorado and Washington legalized recreational weed that same year. New York, New Jersey, and other Northeast states were also early adopters of recreational marijuana. Arizona has been progressive with its marijuana laws too.

Fast forward to today and popular opinion has gradually flipped from where it once was. While the topic of cannabis use still fuels part of America’s racial tensions, some viewpoints have indeed shifted. A wide range of demographics representing different working and education-levels celebrate the presence of this plant in pop culture. Pragmatically, college graduates and high income earners are actually some of the plant’s biggest proponents. 74% of households who make $100,000 or more per year support cannabis legality.

Who benefits from legalization at the federal level? Everyone!

While the public has been instrumental in getting marijuana laws to the point they’re at now, they’re not the only ones benefiting from legalization. States that have legalized marijuana have enjoyed significant economic growth. Here are just some of the stats:

Federal legalization could also be a boon for working professionals and freelancers. The marijuana industry needs growers, trimmers, extractors, lab techs, salespeople, web designers, lawyers, medical professionals, and much more to bring seed to sale ideals into reality. We’ve learned from Colorado’s example that dispensaries are major employers too. 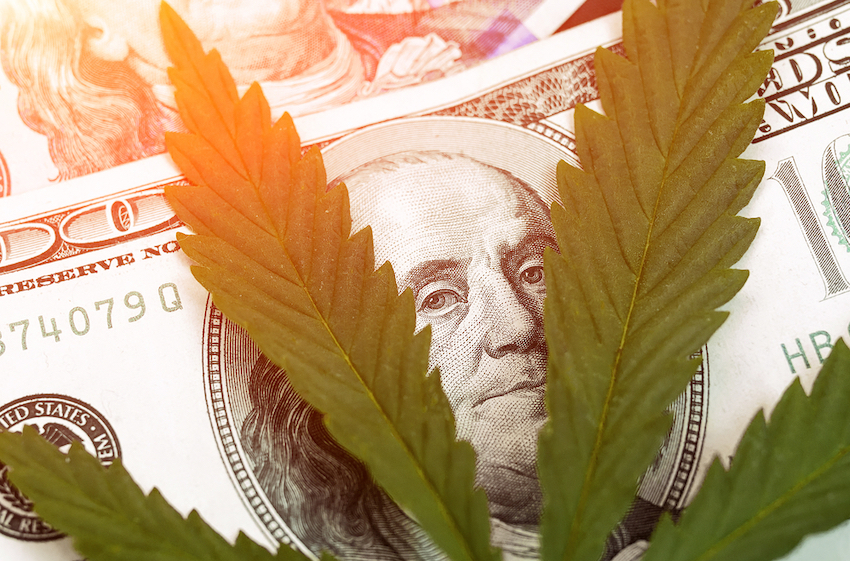 Much like alcohol’s prohibition spawned off criminal groups that thrived off it, cannabis prohibition has only been a good thing for drug smugglers and gangs. Legalize cannabis and you take away these groups’ power! Southern states that have legal weed also report decreases in theft and violent crimes.

Legalized states also have fewer cannabis-related misdemeanors, meaning that our nation’s already crowded jails can be reserved for those who actually belong there. Makes sense, right? Fewer people convicted for marijuana possession = more people prosecuted for actually harmful crimes. Many organizations and activists have been bringing to light the need for expungement of cannabis crimes.  Luckily there have been some great successes already, but we really hope for a universal expungement of non-violent Cannabis crimes going forward.

Finally, marijuana’s decriminalization could prove to be a blessing in disguise for the police. How? The state of Washington has experienced a tangible reduction in highway patrol searches since they legalized the plant. Less stop-and-frisk type behavior = more public trust in law enforcement. 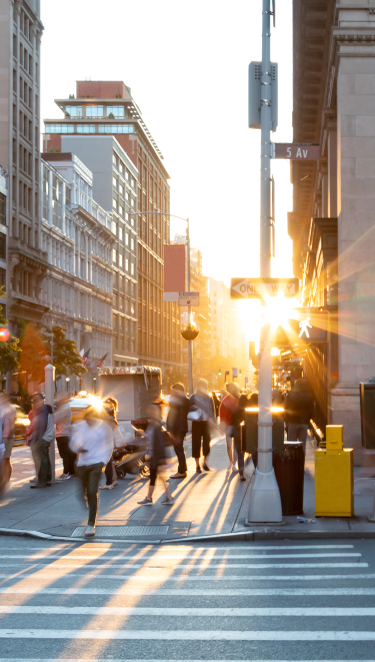 Legalization seems poised to lead to all sorts of health benefits, too. The stats don’t lie: states with legal weed trade out their opioids and alcohol for marijuana, and there are fewer filled prescriptions and fewer drug-related deaths because of it. Several studies have correlated legal cannabis use with less binge drinking. Cannabis may combat the inflammatory nature of alcohol too.

It’s interesting to note how well the Cannabis industry has weathered the Coronavirus pandemic. It’s actually done really well! In many areas of the country, cannabis and hemp dispensaries have been classified as “essential business.” Speaking of correlative stats, states with legal weed have 6% fewer opioid prescriptions. That number may not sound like a lot, but it accounts for a whole lot of people being spared from the addictive nature of (and deaths related to) opiate-based pharmaceuticals.

How you can be a force for good

As we said earlier, marijuana’s legal status has only gotten to the point it’s at today because people — parents, advocates, and advocacy groups — were willing to take a stand. And people need to continue speaking up for the momentum to continue! It’s one thing to hope that Joe Biden and Kamala Harris will progress marijuana sales, but it’s another thing entirely to take action yourself.

If you want to help advance the cannabis cause, here are four things you can do.

Voting is the easiest, most convenient way to make your opinion count. If you’re in favor of cannabis legalization, then let your lawmakers in Washington DC know. You can always vote in both state and federal elections; if all else fails, seek out some pro-Cannabis petitions to sign!

If you truly believe in the cannabis cause, take some time to learn more about cannabis yourself — its mental benefits, physical benefits, economic benefits, and so on. Do some research on the correlations between recreational use and all sorts of good stuff. Feel free to hone in and focus your research on the areas that seem most interesting to you!  Once you’re educated, you’ll find it way easier to educate others. 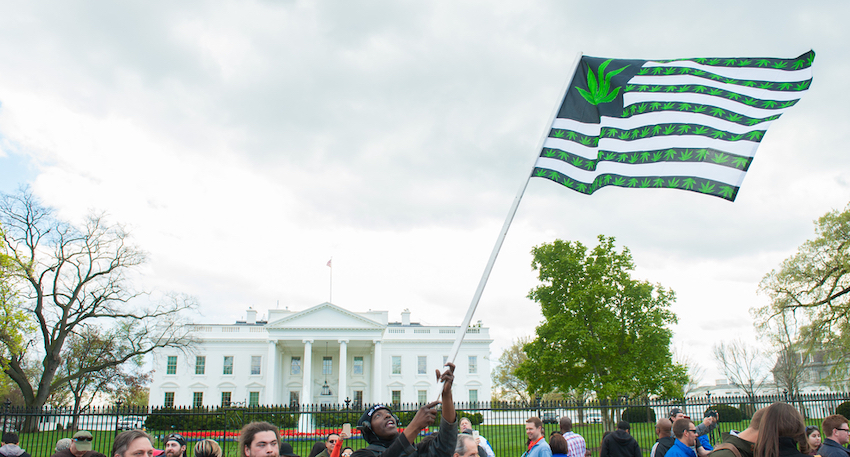 Advocacy is easier than ever these days thanks to the prevalence of crowdfunding platforms, online petitions, and online communities/forums. Advocate in any way you see fit; just remember to be gracious to those who don’t (yet) share your pro-cannabis views. And you can take your advocacy to the next level by joining activist groups like NORML.

Voting is a great way to share your viewpoints with the government, but there’s an even more direct way to have your voice heard: contact government officials directly. Writing to state and national representatives is a great way to provide them insight into the viewpoints of the people. If all else fails and they don’t happen to share your views, they do still want to get reelected.  Many government officials treasure all the feedback they can get.

The future of marijuana legalization remains bright. Many experts feel that cannabis will be federally legal within the next few years; regardless, progress continues to be made day by day.

In our minds, the question isn’t whether or not marijuana will become fully legal. The real question is whether or not, when we look back on this transition period in five or 10 years, we’ll be able to say we played a part in the end result.

Legal in all 50 States

Discover your favorite new Cannaflower strain. This Taster’s Menu is a great way to sample some of our most popular flower!