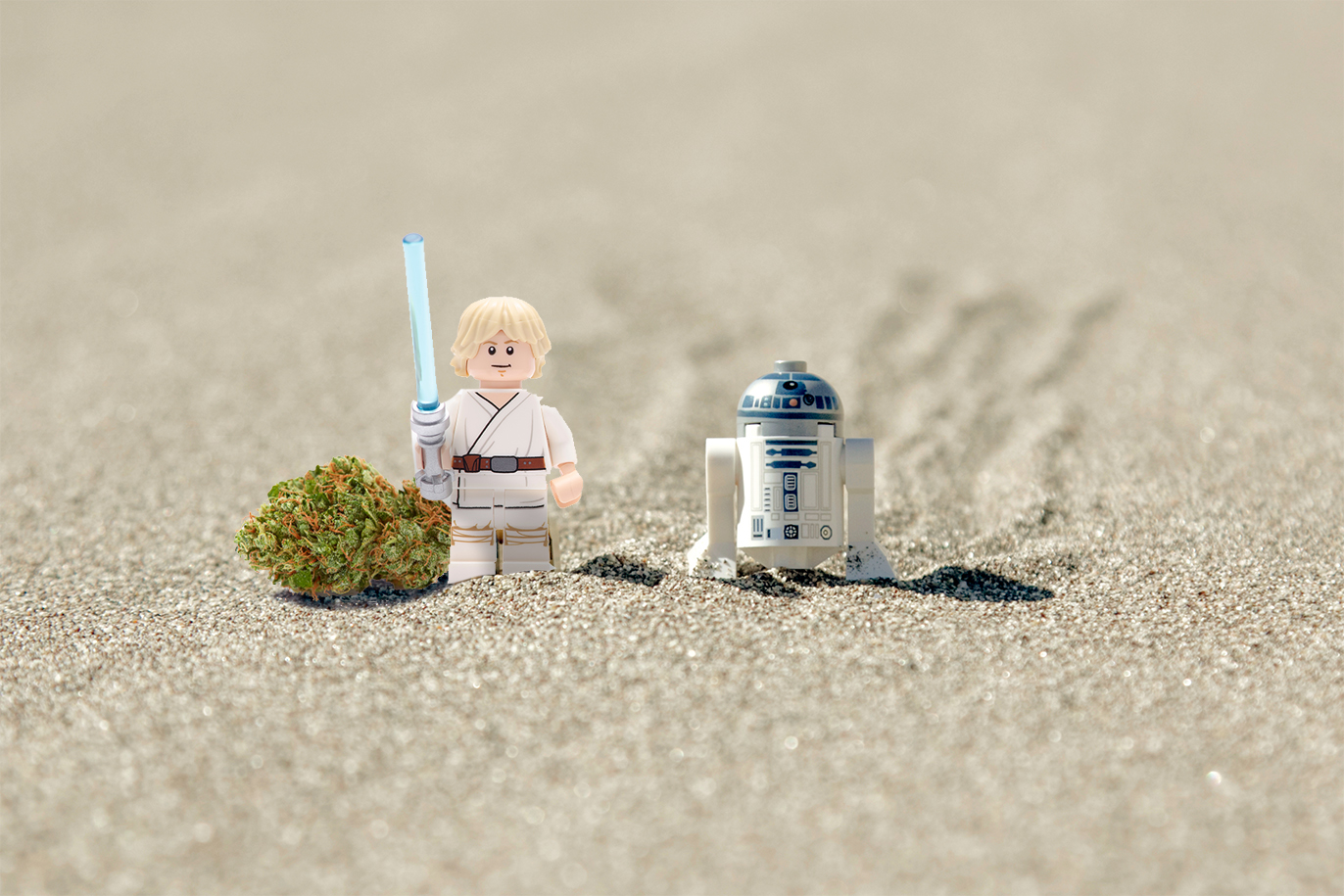 Whenever you need a break from Jedi training, Skywalker OG will get you done. Created with two iconic indicas, this THC-rich hybrid could soothe even the stiffest Sith. If you’ve got some time to turn off your deflector shields, a batch of Skywalker OG nugs could transport you to another dimension.

It doesn’t take a TIE technician to figure out Skywalker OG is a fusion of Skywalker and OG Kush.

Unfortunately, we don’t know anything else about Skywalker OG’s origins. However, since Dutch Passion Seed Company created the original Skywalker strain, it might have played a role in making this updated Skywalker hybrid.

Lab reports confirm Skywalker OG has a strong indica bias at about 85 percent. However, cannabis fans are most impressed with Skywalker OG’s “sky high” THC content, which is typically around 23 percent. Interestingly, Skywalker OG’s CBD percentage is higher than most marijuana strains at about 2 percent.

Even though Skywalker OG has a touch of CBD, it’s not enough to counter THC’s immense psychoactive properties. People who aren’t prepared for high-intensity pot may experience harsh side effects if they experiment with Skywalker OG.

For a more enjoyable first-time toke, we’d recommend looking into Cannaflower’s low-THC hemp portfolio. All of our hemp cultivars have the same terpenes in iconic cannabis flowers, but without the excessive traces of THC.

How Does The Skywalker OG Strain Taste?

Skywalker OG smells a lot like an X-Wing hangar. Or, to bring our analogies back to earth, this pot strain reeks of petrol. Folks who love Sour Diesel aromatics will dig the dank & diesel notes going on in Skywalker OG.

What Are Skywalker OG’s Typical Effects?

Ironically, Skywalker OG’s effects are more grounding than uplifting. You may experience a slight head-buzz high, but don’t count on it lasting all that long. Skywalker OG is notorious for locking tokers in the couch after just a few inhales. Please only use Skywalker OG when you’ve got plenty of time to “space out” on your favorite couch.

It’s also crucial to note Skywalker OG can induce a severe case of the munchies. It’s recommended you have a few of your favorite snacks on stand-by before smoking Skywalker OG. If you don’t prep before your smoke session, you’ll have a tough time satisfying your hunger as the sleepy high intensifies.

Before Flying To THC Tatooine, Try Some “Cool As Hoth” Hemp!

We get it; everyone wants to ride in the MJ Millenium falcon. However, Skywalker OG is way too intense for inexperienced tokers. Before lighting your first Skywalker OG joint, you should gain more experience with “down to earth” CBD-rich strains.
Cannaflower currently has loads of indica hemp hybrids that will help you unwind without worrying about THC exposure. For a similar experience to Skywalker OG, please check out our hemp renditions on OG Kush and Bubba Kush. All of our CBD hybrids have been third-party lab tested for ≤ 0.3 percent THC.