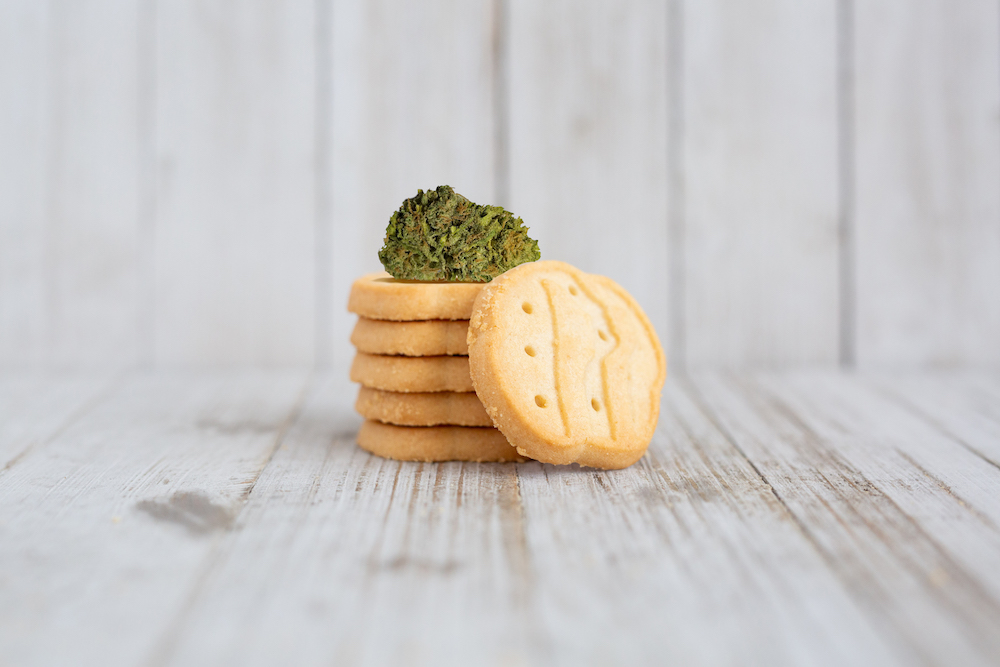 Girl Scout Cookies is arguably the “OG” of dessert hybrids—and that’s not just because of its OG Kush heritage. Without the Girl Scout Cookies strain, there’d be no Cookies Fam and no Cookies hybrids like Thin Mints, Do-Si-Dos, or Alien Cookies. The moment GSC nugs dropped in the Bay Area, tokers were in awe of its sugary aromas and off-the-charts THC percentages. Despite GSC’s relative youth, it’s hard to imagine Cali cannabis culture without it.

Allegedly, the musician Berner played a central role in propagating and popularizing the Girl Scout Cookies strain. There’s some controversy over this hybrid’s parentage, but most cannasseurs believe GSC is a mix of OG Kush and Durban Poison. Since both these parents are on opposite ends of the indica-to-sativa spectrum, GSC is only slightly indica dominant.

There are many explanations behind GSC’s immense popularity, but one key reason is its high THC percentage. This hybrid usually has above 20 percent THC, and it had the highest THC percentage on record at High Times’ 2013 Denver Cannabis Cup. Add in delicious dessert terpenes and a deeply relaxing high, and it’s no surprise GSC has become a cannabis fan favorite.

However, since GSC cultivars have elevated THC levels, it’s far from “beginner-friendly.” New tokers should steer clear of GSC until they have some experience with lower-intensity hybrids. In fact, it’s a great idea to start with low-THC hemp hybrids like those on Cannaflower. Since CBD hemp has ≤ 0.3 percent THC, it offers a similar flavor experience without the risk of intoxication.

GSC may not taste exactly like a box of Girl Scout Cookies, but it does have a delightful flavor. Thanks to the terpene myrcene, GSC has plenty of fruity and sugary notes. It’s also common for tokers to report slight hints of walnuts, pine, and mint as they enjoy this complex strain.

Just don’t forget that GSC is in the Kush lineage, which means you could experience a hint of hash and spice when using this hybrid.

With its record-shattering THC percentages, GSC is only fit for experienced tokers. Often, smokers experience an initial blast of euphoria that mimics the full-bred sativa Durban Poison. However, this head-rush will transition to an introspective high that’ll glue you to the couch. After smoking GSC, the only thing tokers have any motivation to do is fill their grumbling tummies!

While GSC is a near 50/50 hybrid, it’s best to treat it as an indica-heavy strain. Only use GSC late in the day when you don’t need to be productive.

GSC is not a gateway strain. In fact, if you start with a hybrid like GSC, there’s a good chance you’ll experience side effects like paranoia. New customers should check out low-THC hemp hybrids for a safer smoking session.

For instance, Cannaflower now sells the GSC-inspired Jumble Cookie in our CBD hemp portfolio. Since the CBD in this strain is non-intoxicating, it’s easy to squeeze Jumble Cookie into a microdosing routine.
Please click this link to learn all about Cannaflower’s Jumble Cookie hemp flowers.